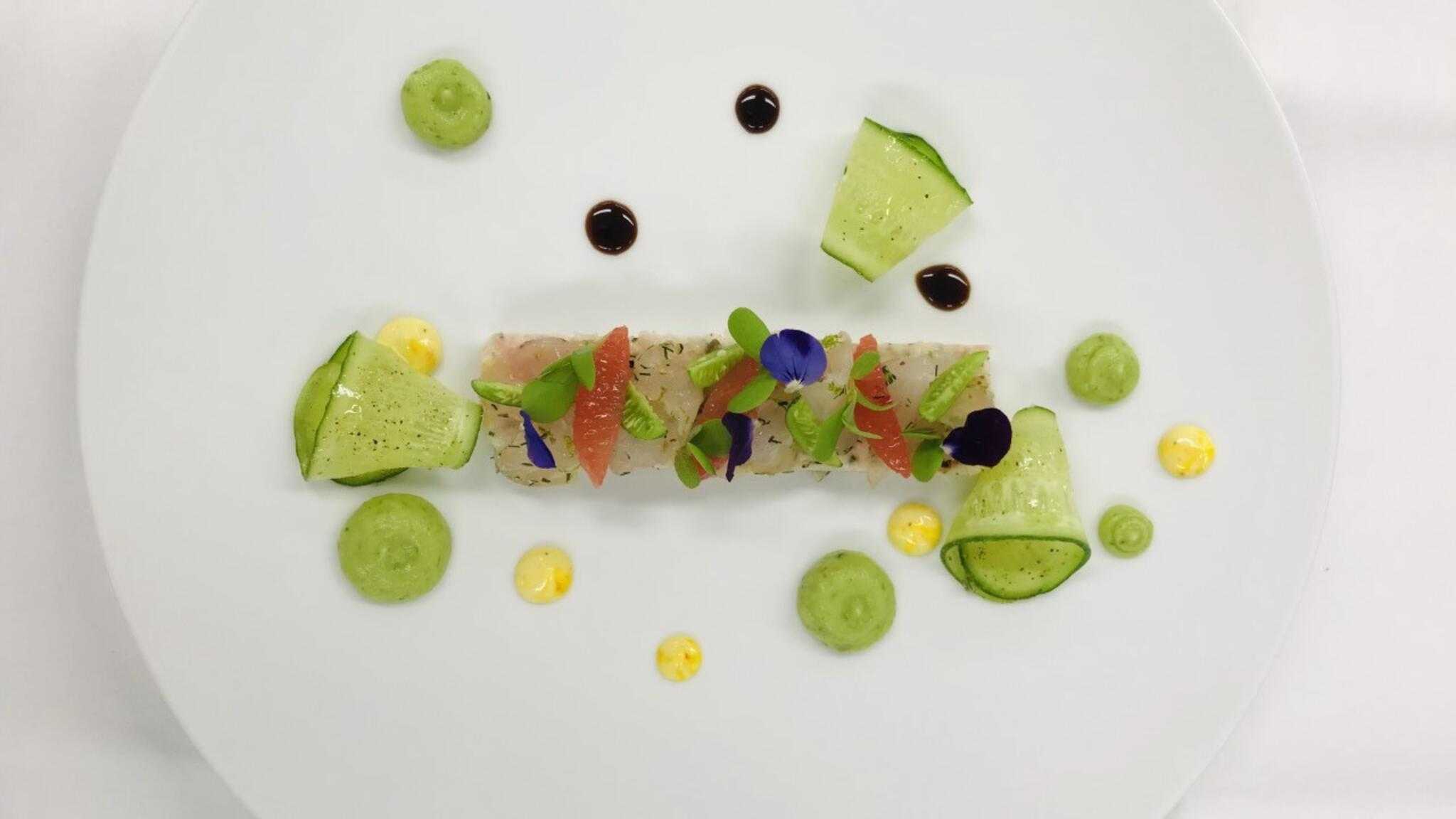 Over the past 125 years we have developed an inspirational and innovative university-level teaching approach that produces top-notch managers for the International Hospitality Industry.

At EHL our focus is to provide dual excellence: advanced academics and excellence in practical arts.

With this unique model of education, our students graduate with an all-rounder experience and a mix of hard and soft-skills that make them highly sought for employees by a variety of industries.

EHL has 2 programs that focus on Practical Arts Excellence targeted to those who want to transform their life-long passion into a successful career. 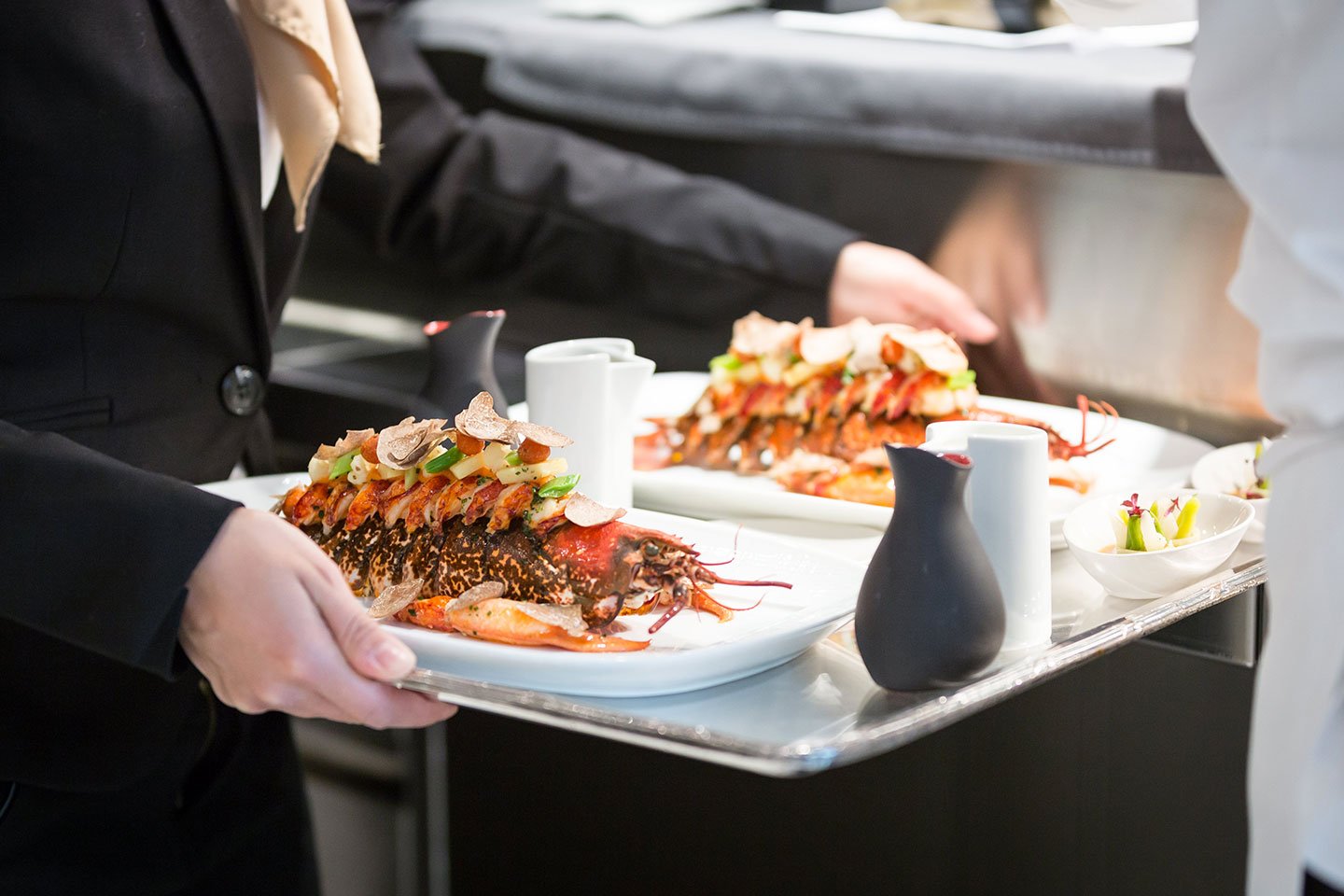 Learn more on how to strengthen your culinary know-how, and develop managerial skills for the Food & Beverage industry

Discover what is it Like to Study Culinary Arts at EHL Passugg?
Culinary Inspirations

Get your Culinary Inspiration from our Chefs

Explore their recipes, tips for cooking and other ideas. 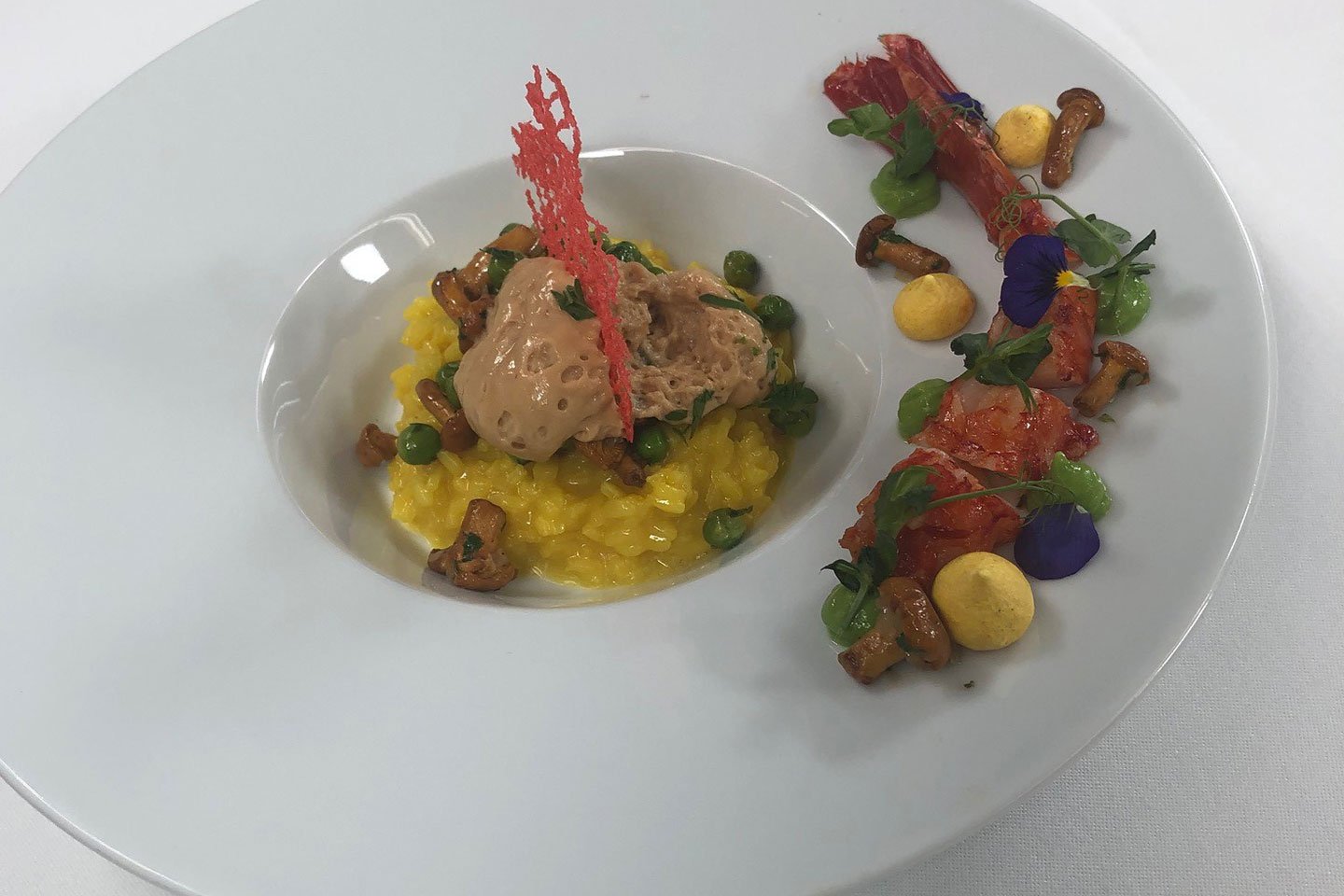 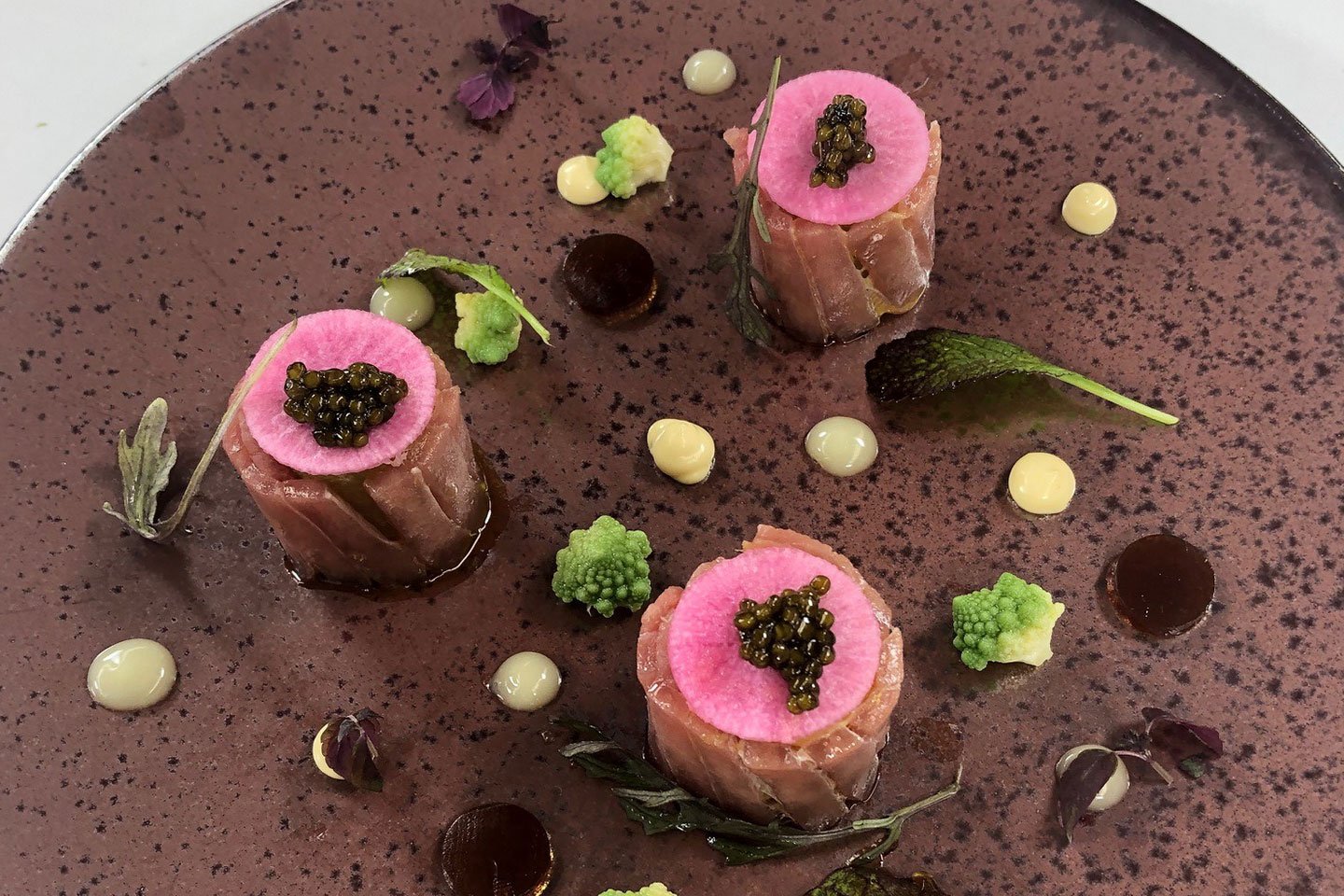 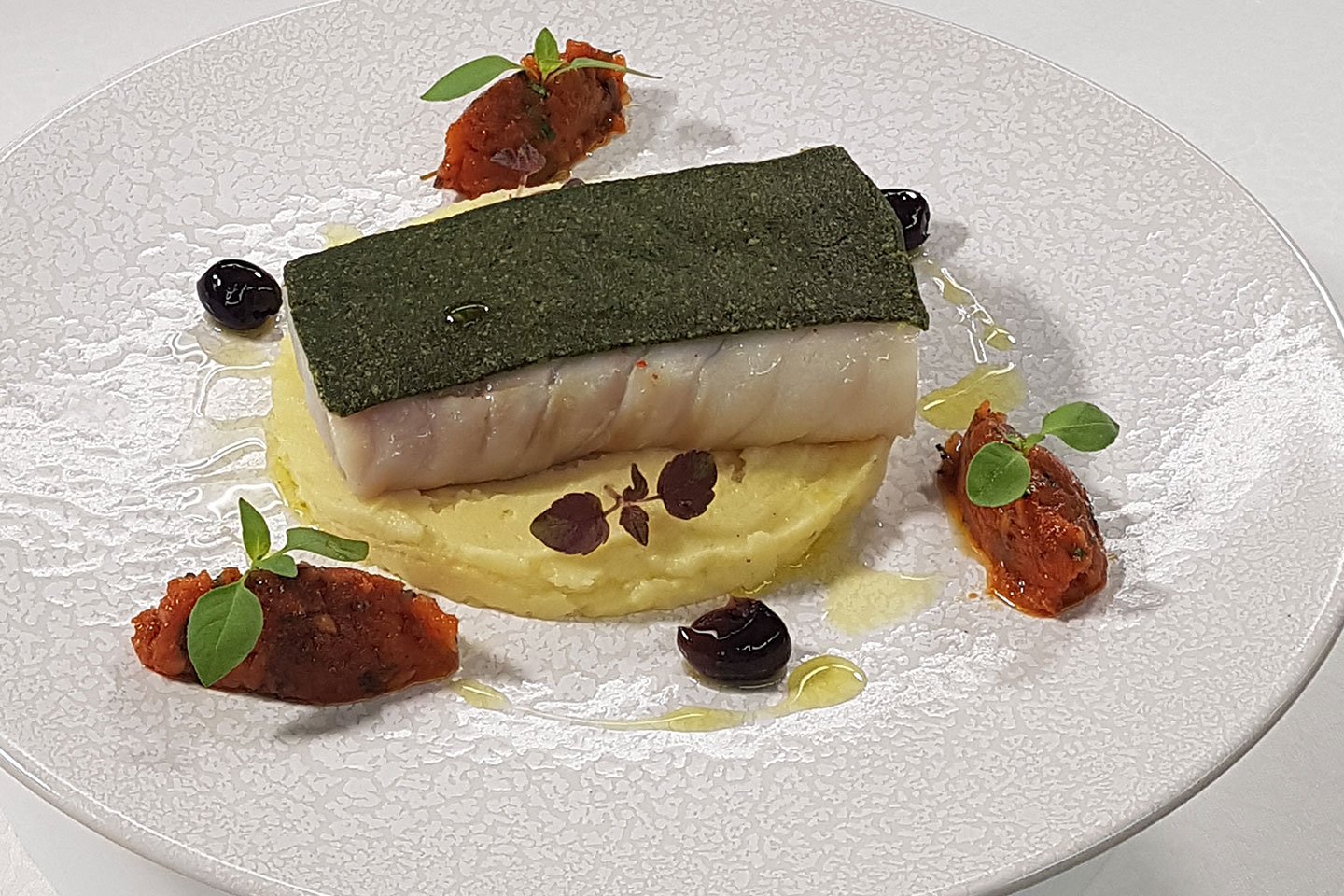 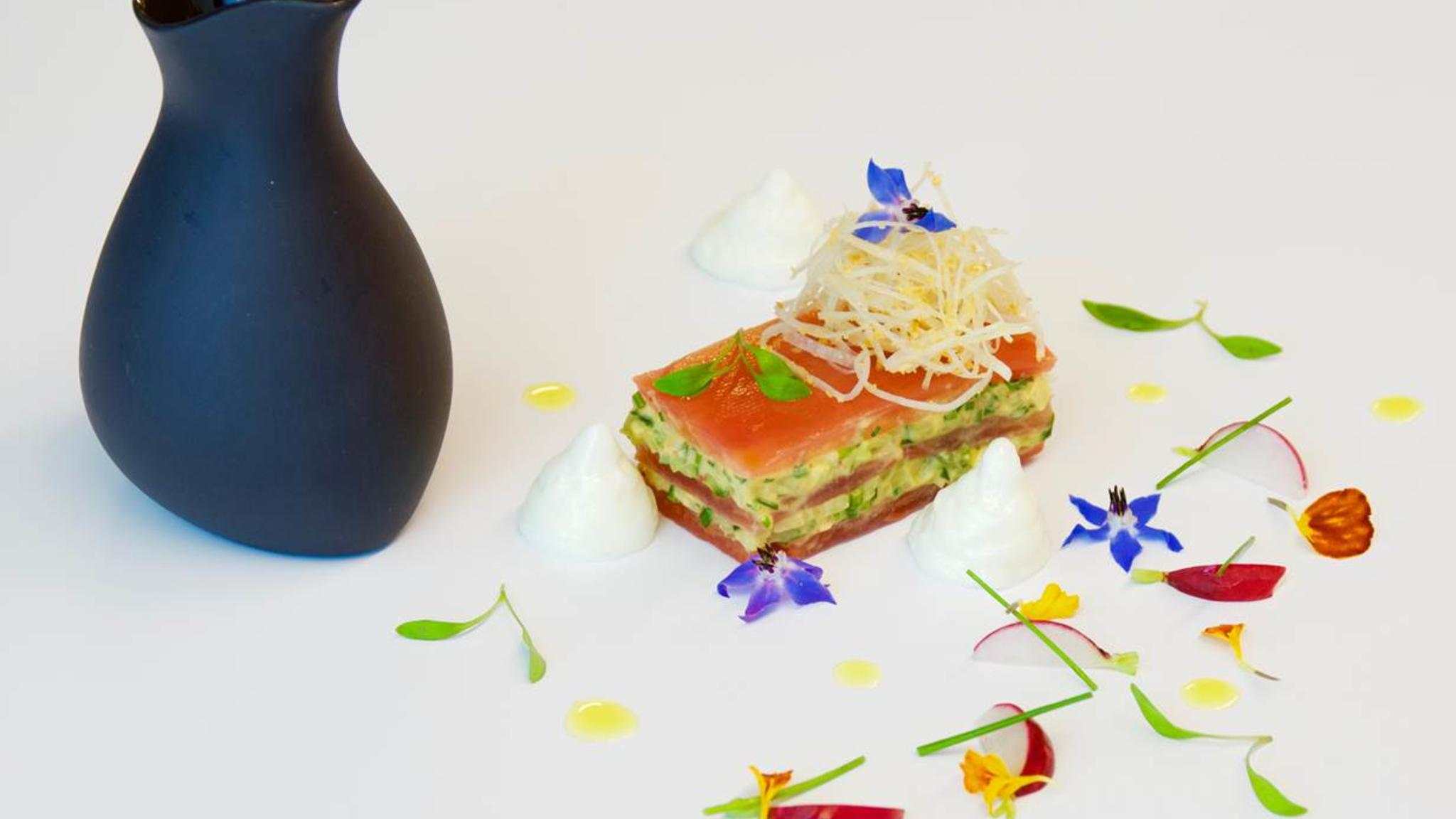 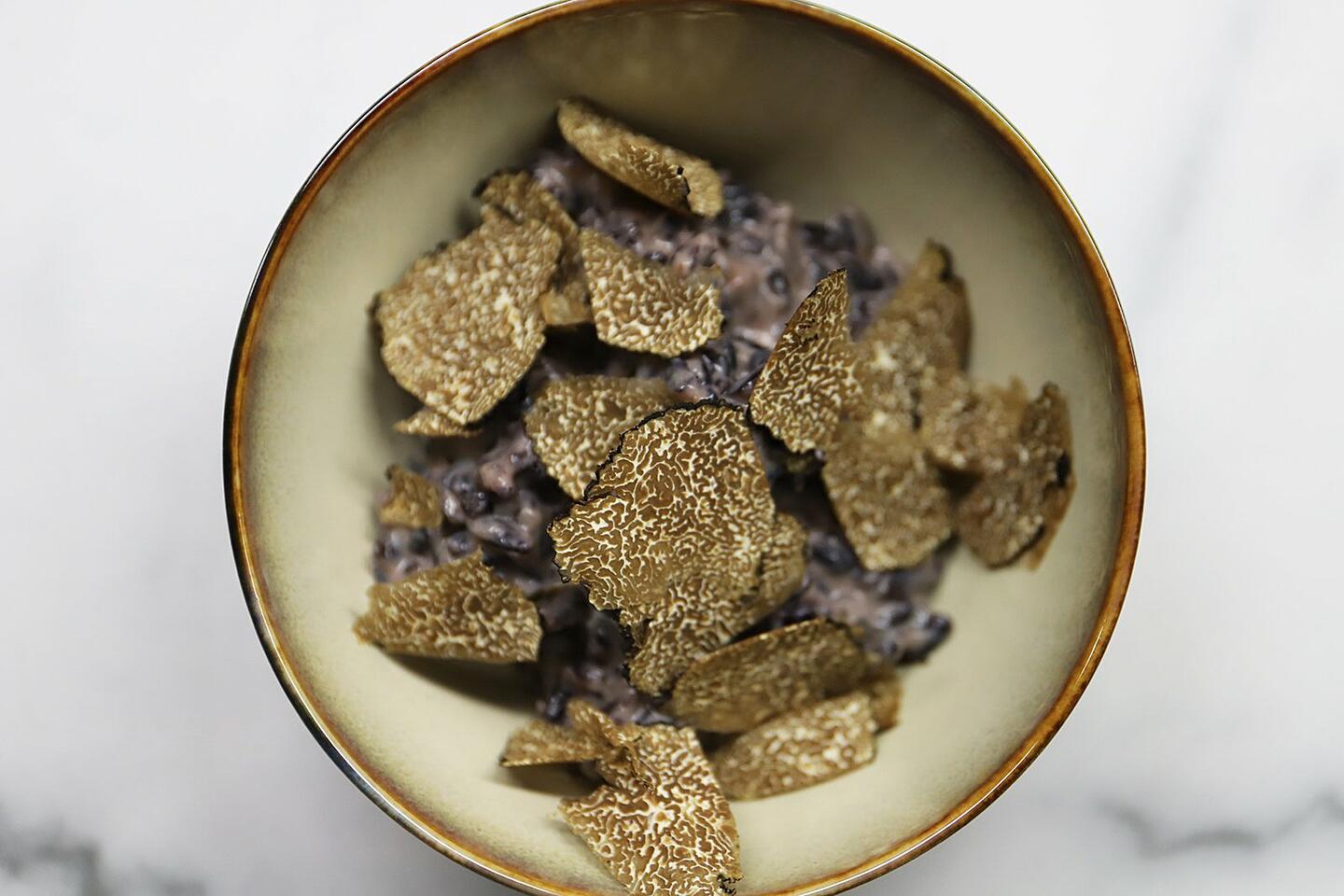 Grilled Octopus and Turnip with Orange 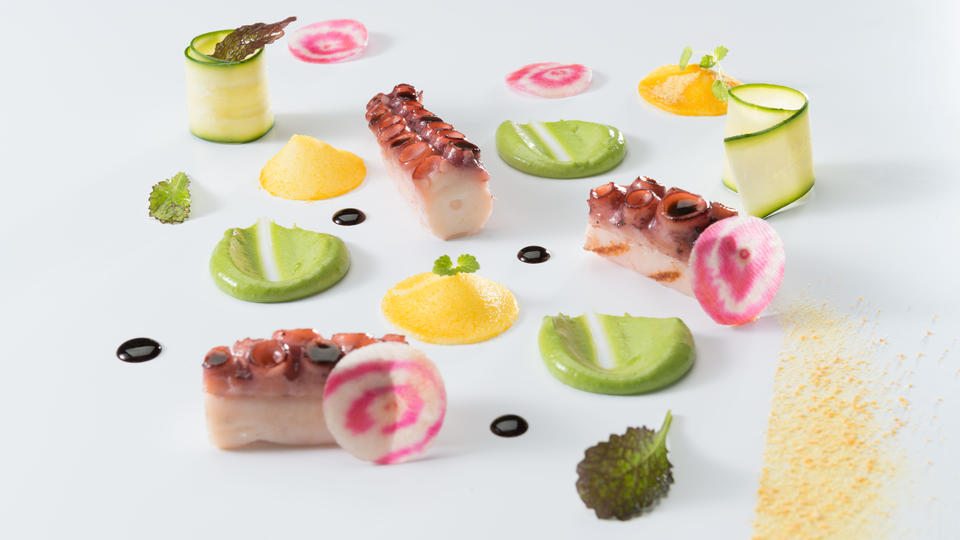 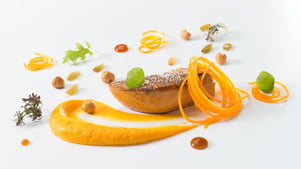 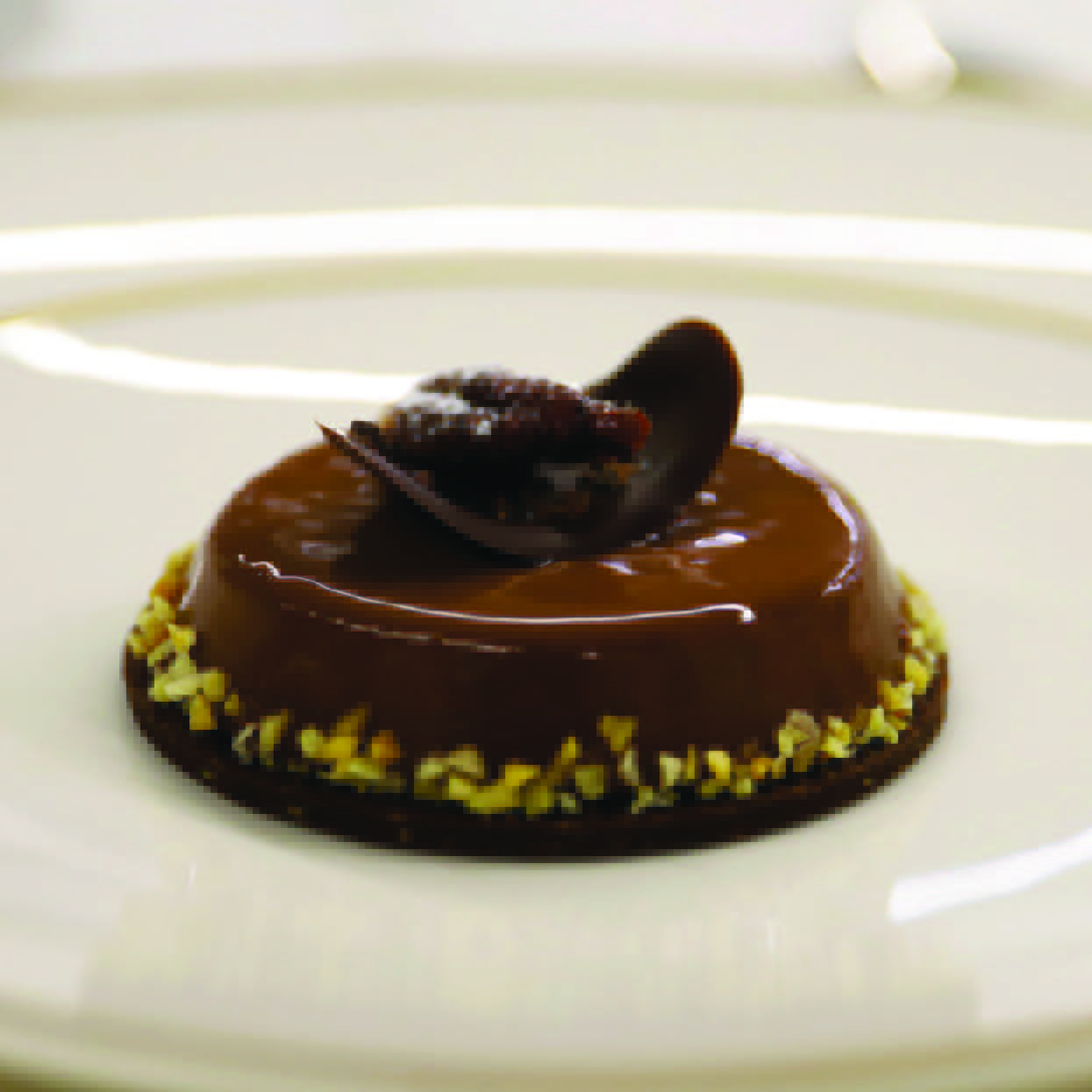 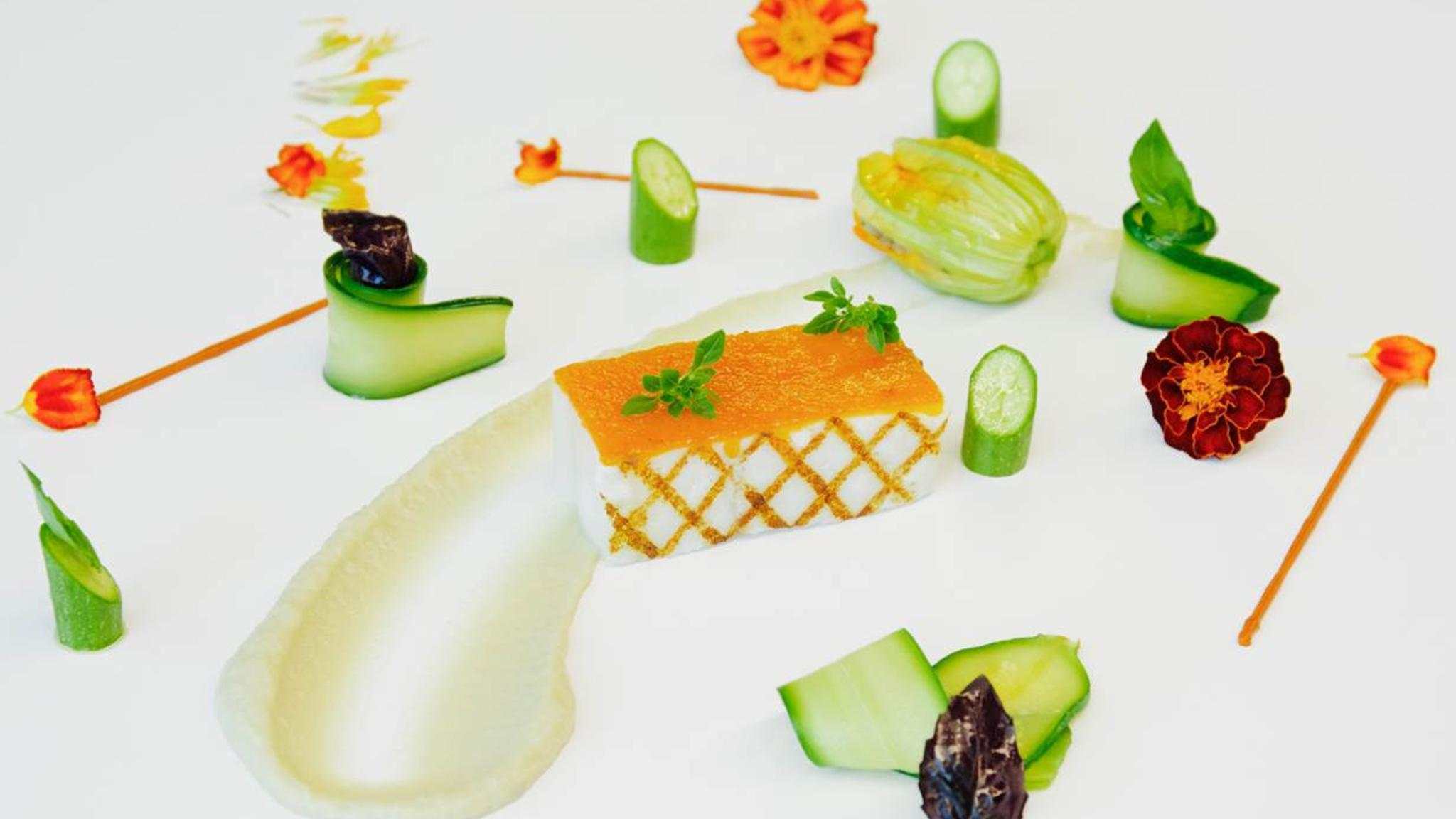 Saddle of Hare and Foie Gras 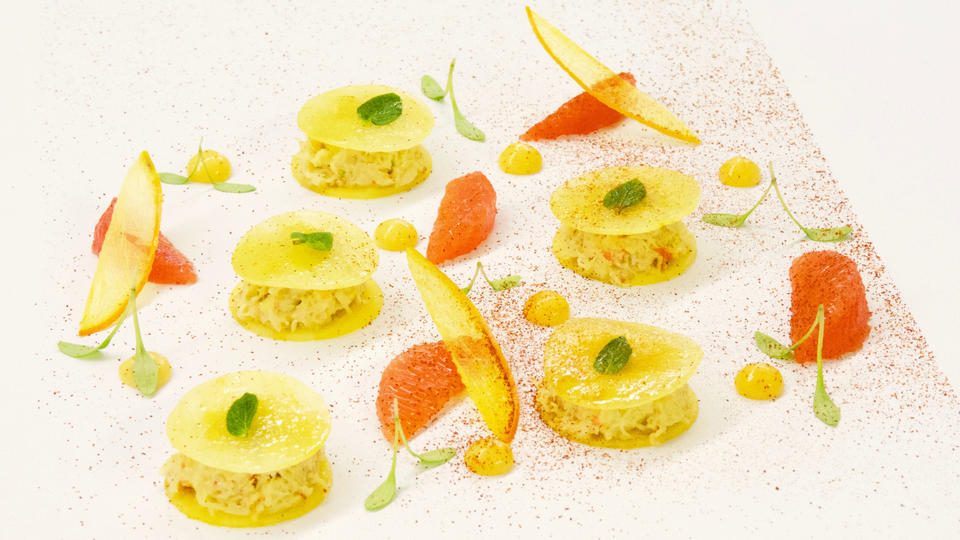 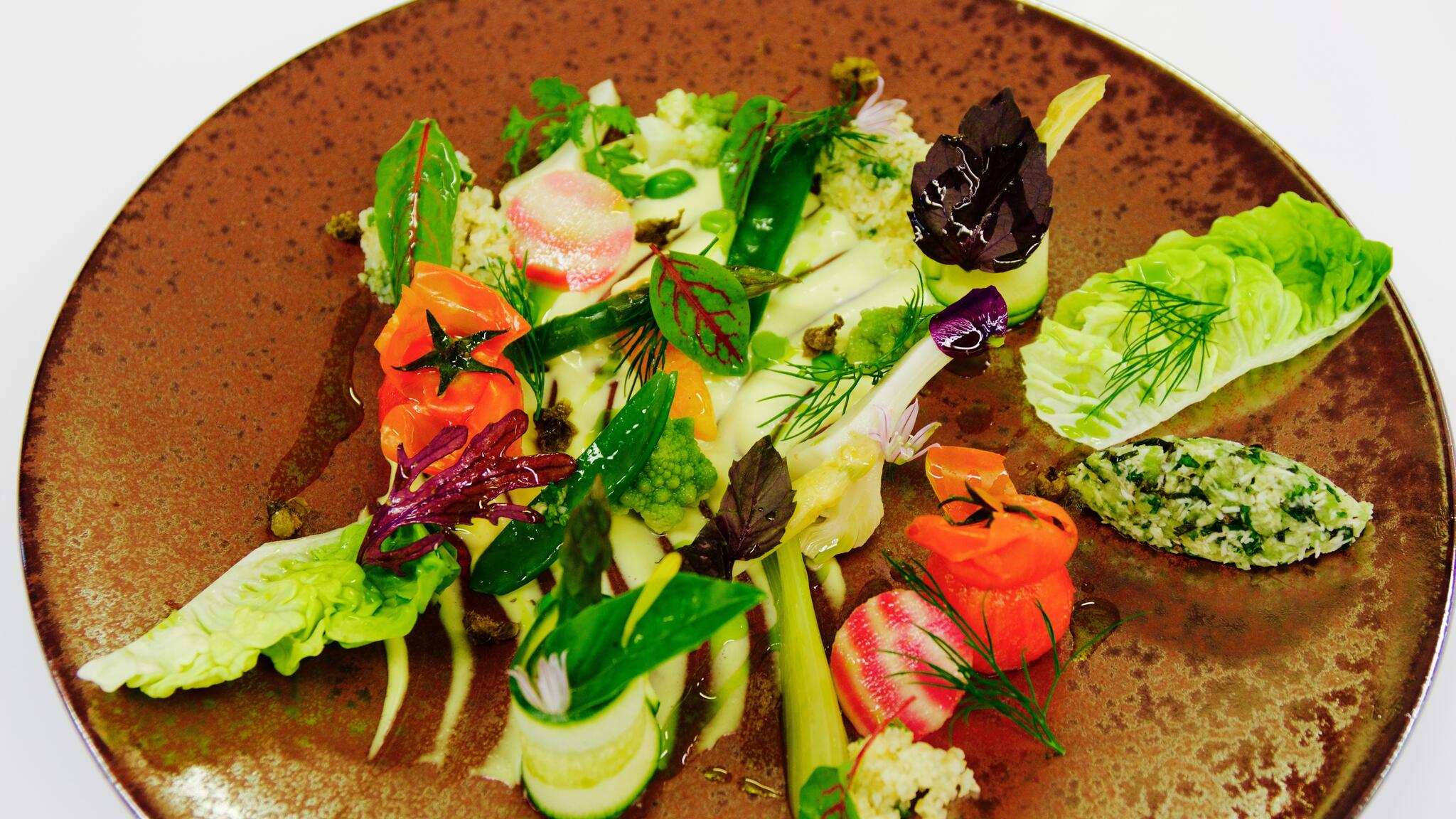 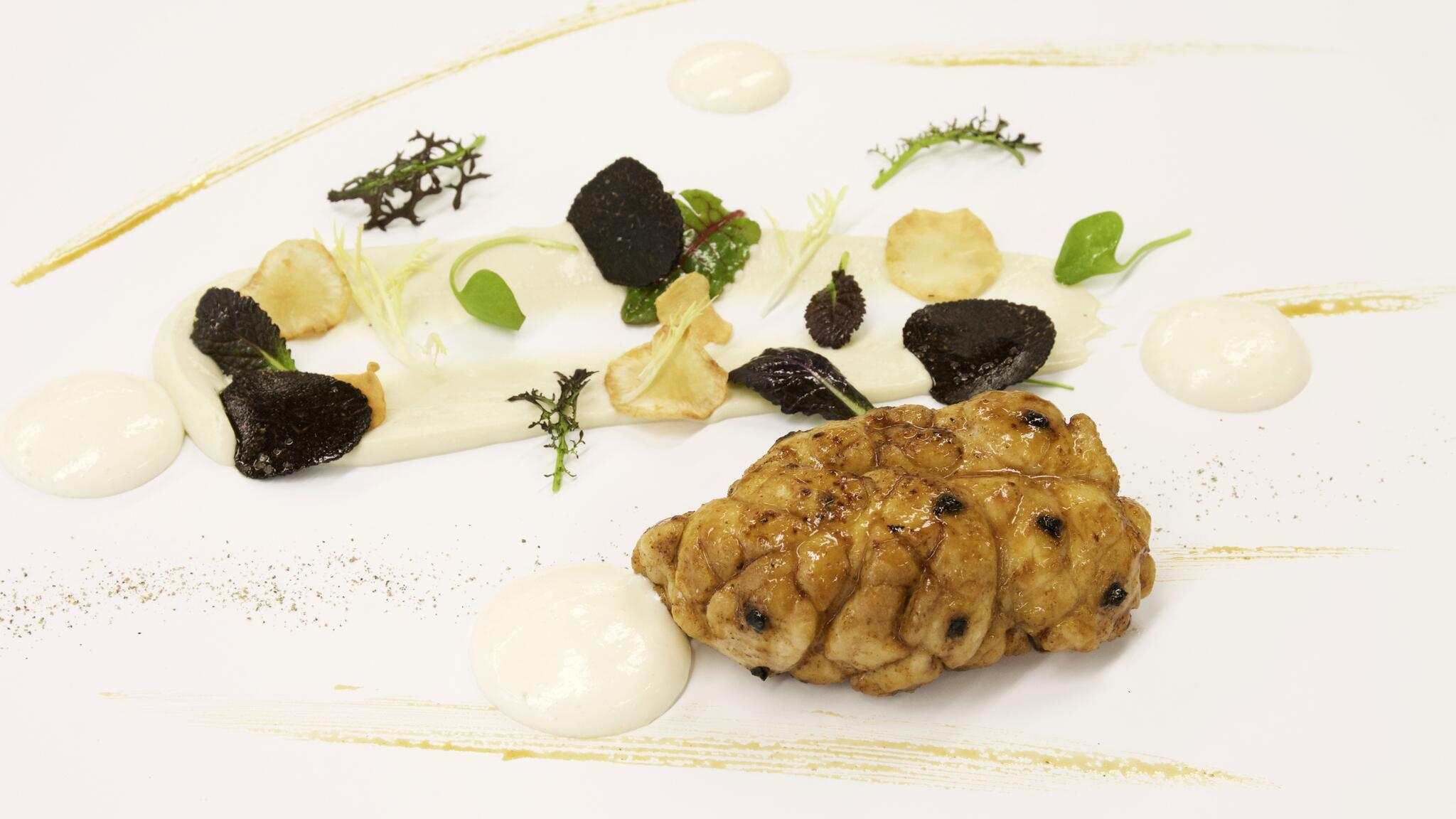 Mackerel and Yoghurt with Anise Scents 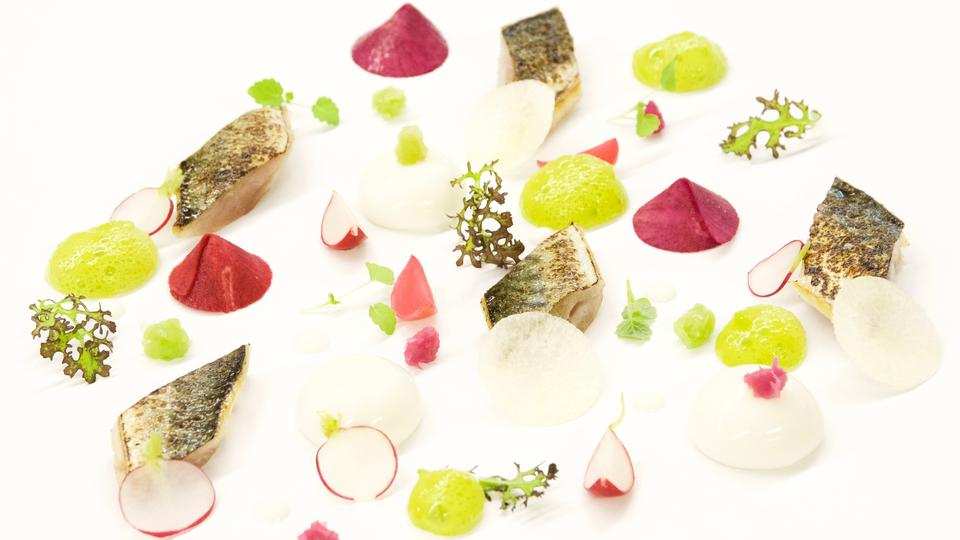 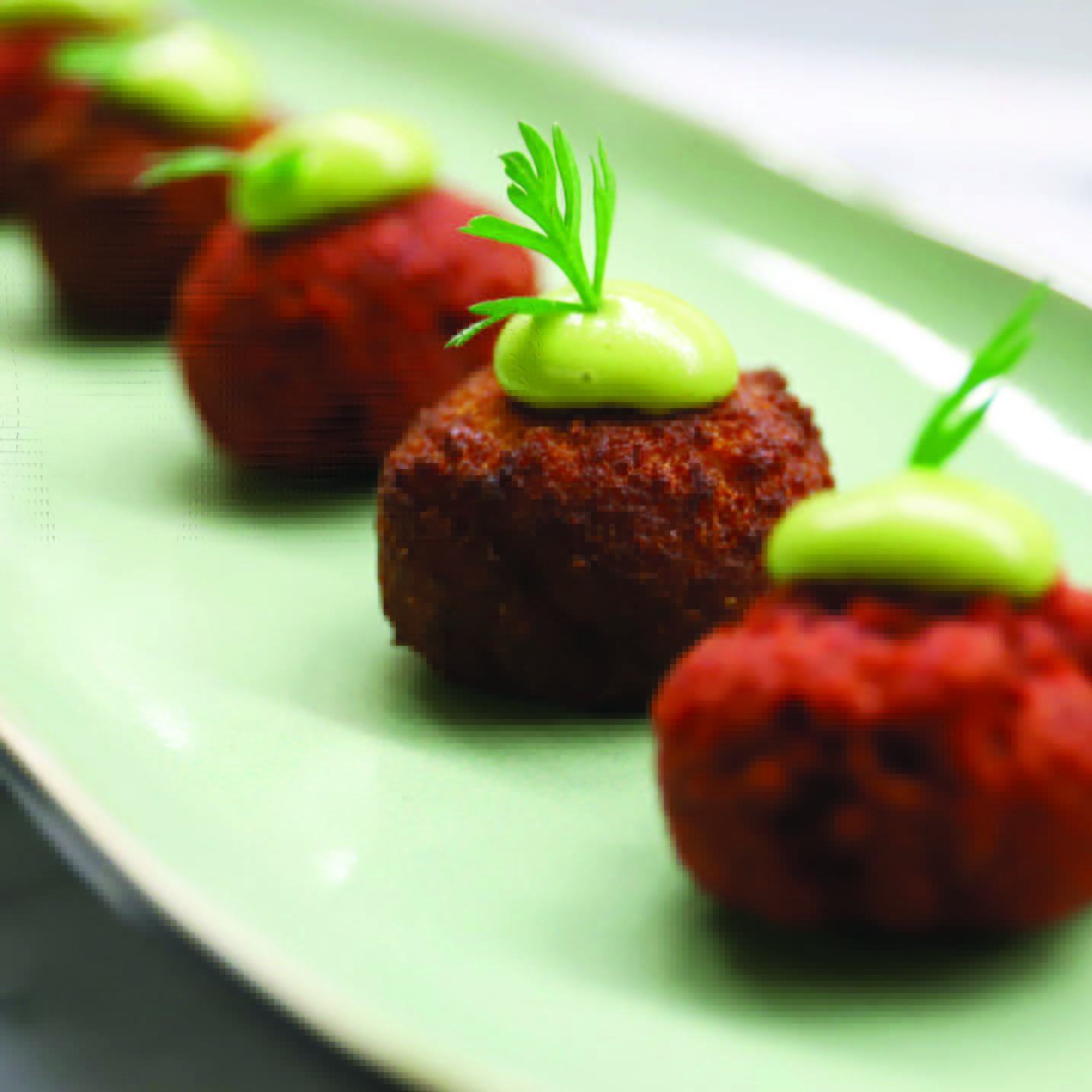 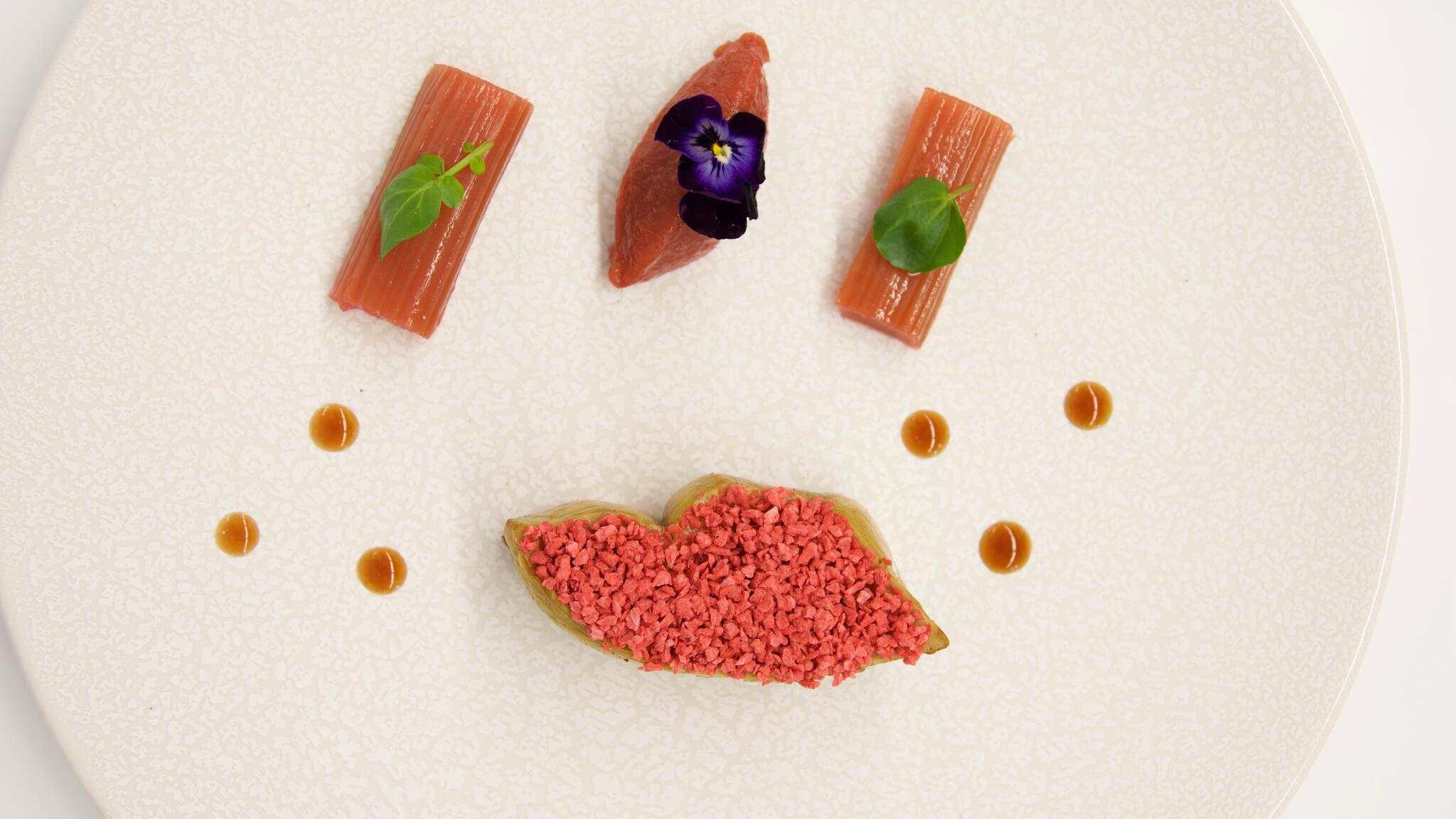 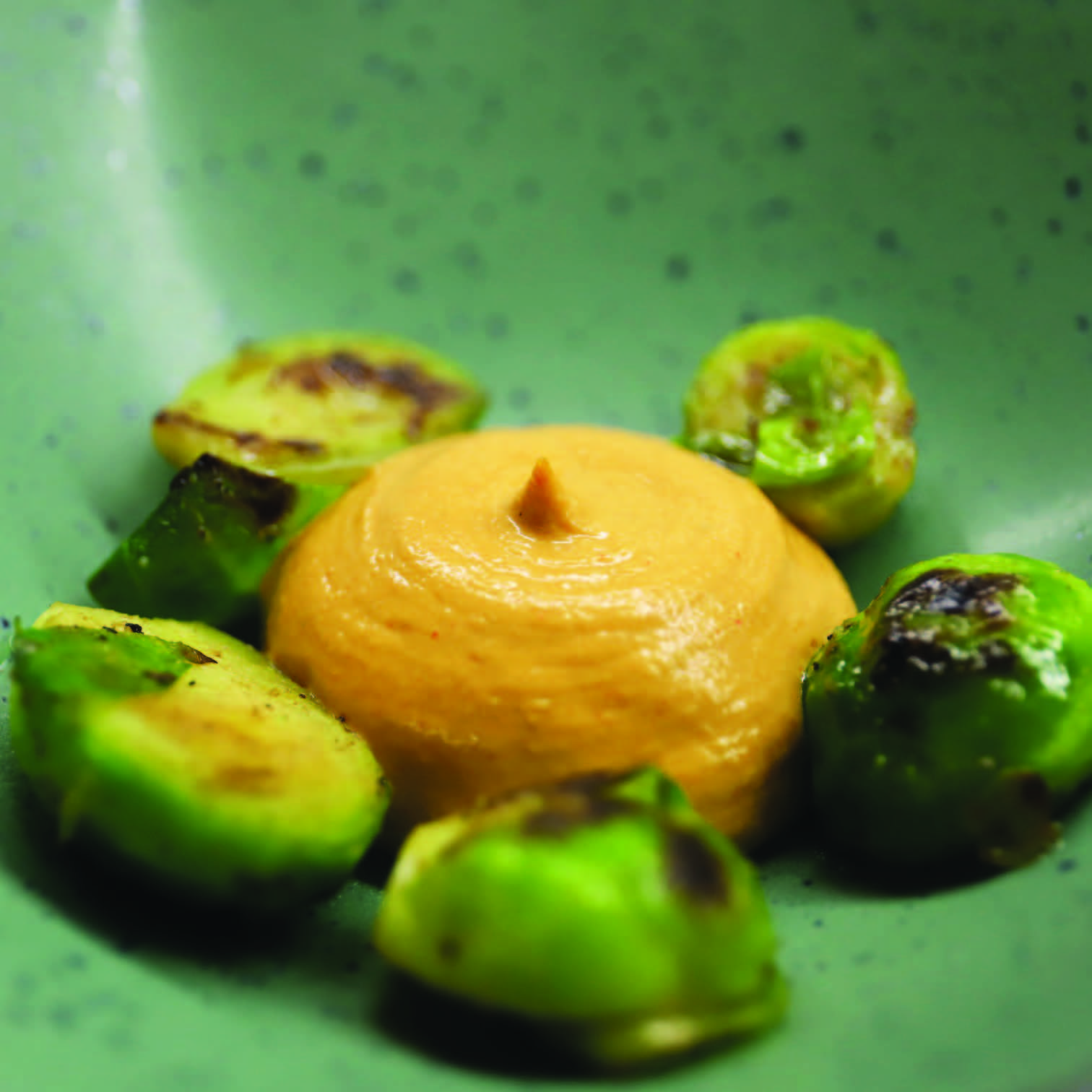 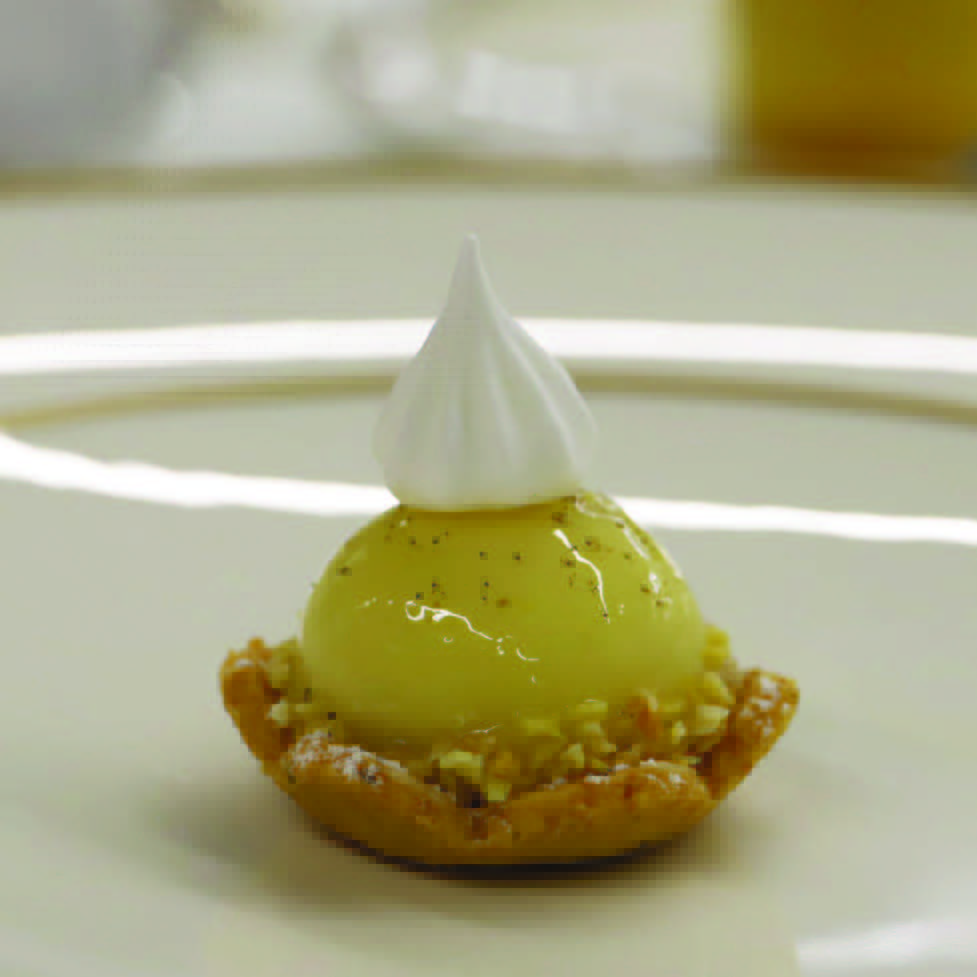 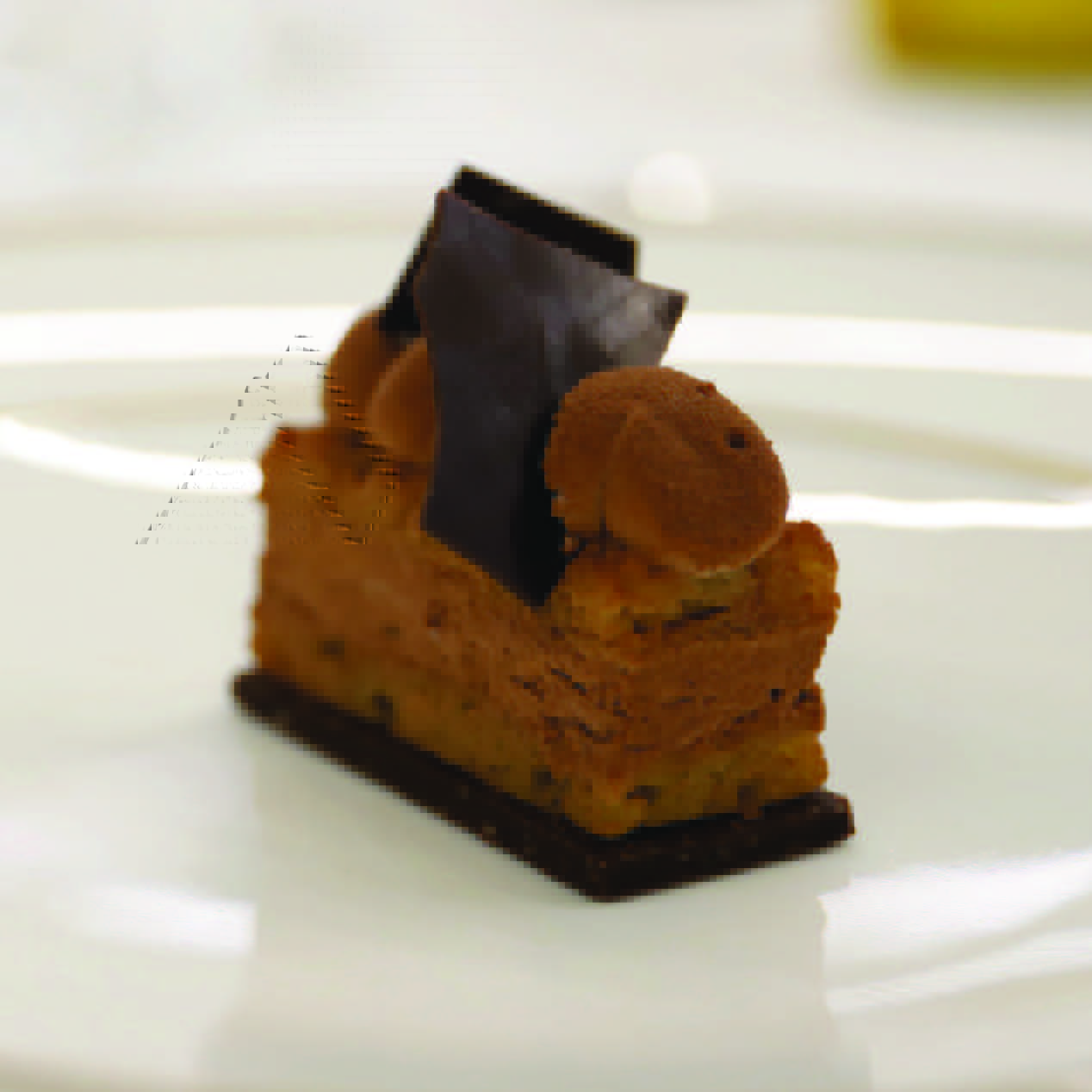 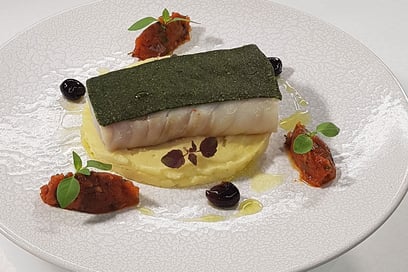 Get to Know EHL Chefs and Experts

They are the avant-garde of the industry. These chefs and other experts come from all walks of life and countries, monopolize awards, act as entrepreneurs, and all share the dedication to transmitting their knowledge and passion. 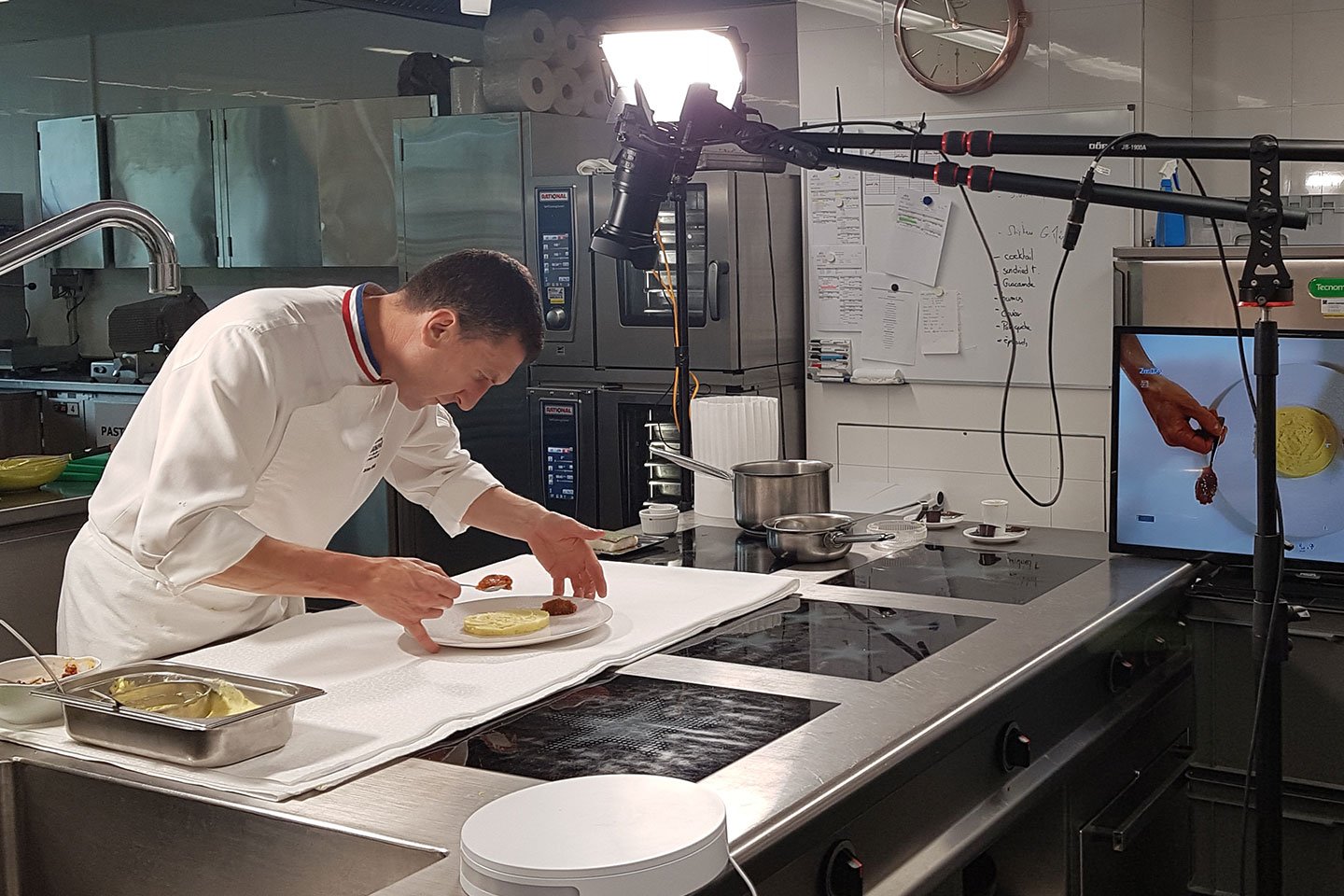 Born in French Catalonia and raised by his grandparents with a grandmother who cooked a great deal, Christian Ségui quite naturally turned his attention to the kitchen and became an apprentice chef at the age of 14.

With a wealth of experience behind him in the company of a number of leading chefs and an entrepreneur at heart, Christian and his wife opened their business SEGUI Traiteur in 1995 in his native village of Ponteilla in the eastern Pyrenees.

After 20 years of running a successfull business, he came to Switzerland to strengthen the Practical Arts teams at EHL with the strong  desire to share his know-how and knowledge. 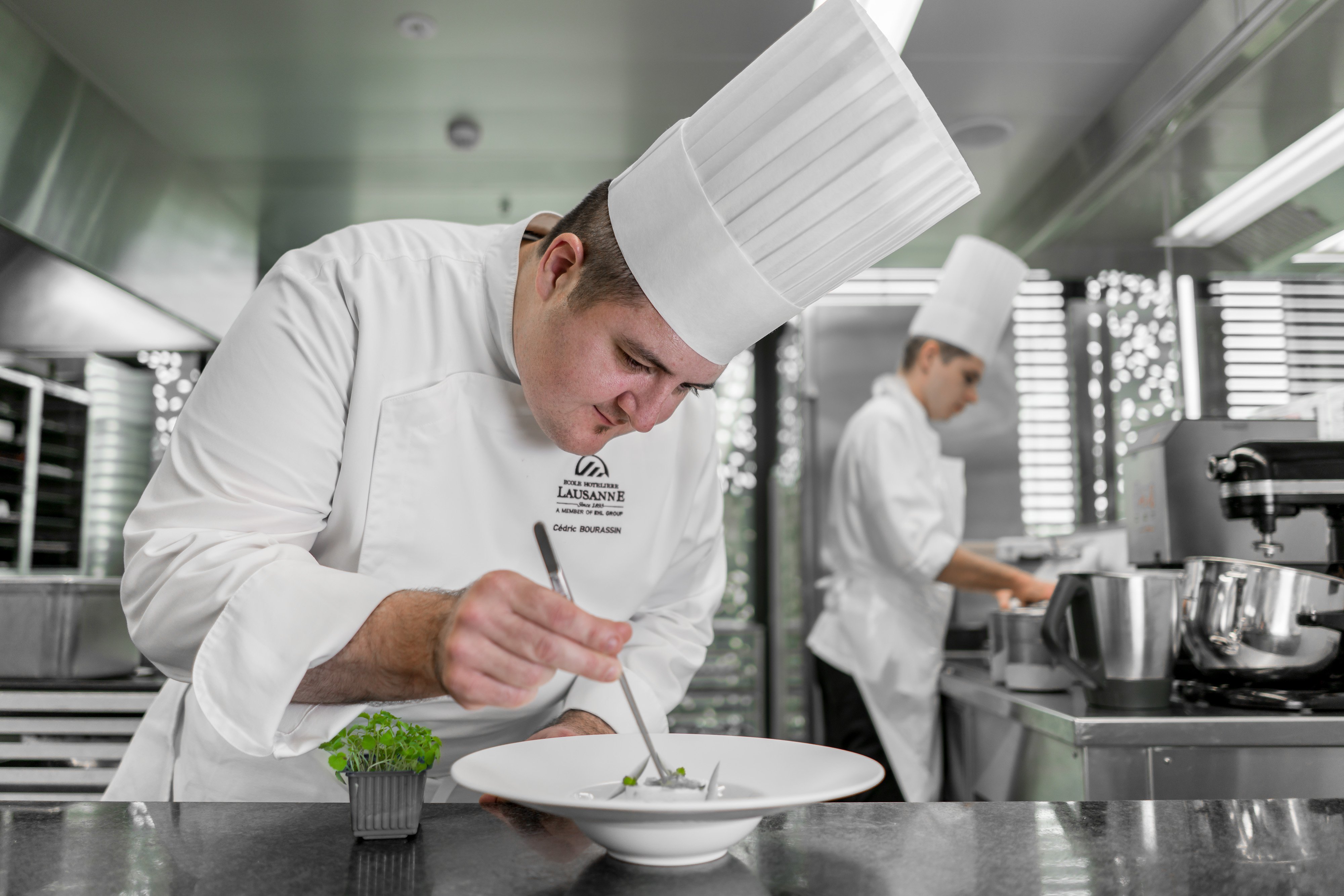 After obtaining his "Brevet Technicien Supérieur Option B" in "Art Culinaire de la Table" in France, Cédric led an international career working for prestigious restaurants and hotels in Europe, Malaysia and Japan.

After 16 years, he achieved his ultimate career goal by obtaining a 3-star Michelin rating for the Michel Bras TOYA restaurant in Japan, as Head Chef and Director. Cédric Bourassin joined EHL in 2016 as a Head Chef to transmit his knowledge and share his passion for cooking.

After being awarded 16 out of 20 points by Gault & Millau two years later, the highest ever rating for an educational restaurant, Cédric Bourassin and the BDS team received in 2019 the first Michelin Star for the establishment, the ultimate culinary distinction. Today the BDS is the only training restaurant in the world to hold a Michelin Star.

Named Meilleur Ouvrier de France in the field of patisserie/confectionery in 2015, Julien Boutonnet is one of the élite French pastry chefs. Fascinated by the discipline since childhood, he has participated in one competition after another winning numerous prizes.

Julien can look back on a career which has seen him work at a number of prestigious addresses including the Pâtisserie Luc Guillet (Relais Dessert International) in Romans-sur-Isère, Pascal Caffet’s or Four Seasons in Geneva alongside Olivier Bajard to name a few.

In 2015, he joined the culinary teams of the Ecole hôtelière de Lausanne as a Senior Professor in Practical Arts.

Winner of the Charles PROUST competition 2006
Vice-Champion of Europe, Sugar, at the Sirha in Lyon 2005
Winner of the CAFFET Trophy in Troyes 2004
Second Best Apprentice in France in 2000 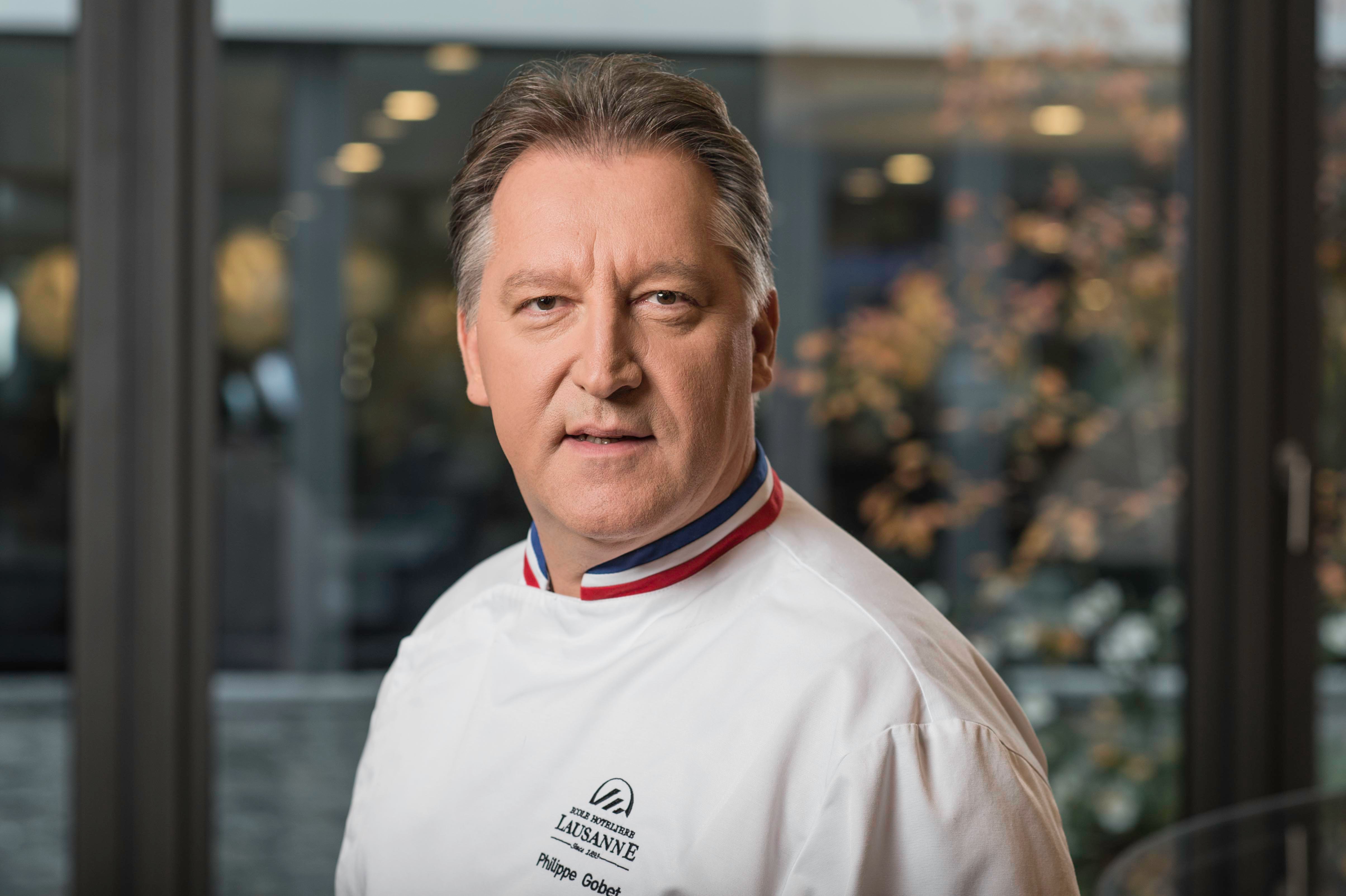 Philippe Gobet hails from the Beaujolais area and grew up with eight brothers and sisters in a family where cooking was an important occupation. A genuine gourmet, he followed his passion by obtaining a CAP and BEP in cookery , joining the brigade of Georges Blanc (3 Michelin stars) as a chef and pastry chef, opening a restaurant in Lyon called Les Enfants Terribles, ...

But it is his exceptional 13 years cooperation with Joël Robuchon, as a Chef of his restaurant Jamin before moving to the restaurant Joël Robuchon in Paris, that proved decisive for the next stage in his career.

Followed 18 years of successful collaboration with the Ecole Lenôtre Paris as a Professor of Cuisine and Patisserie, Director of Vocational Education and  then Director of the school itself.

Since 2015, he has shared his talent at EHL and manages numerous development projects. 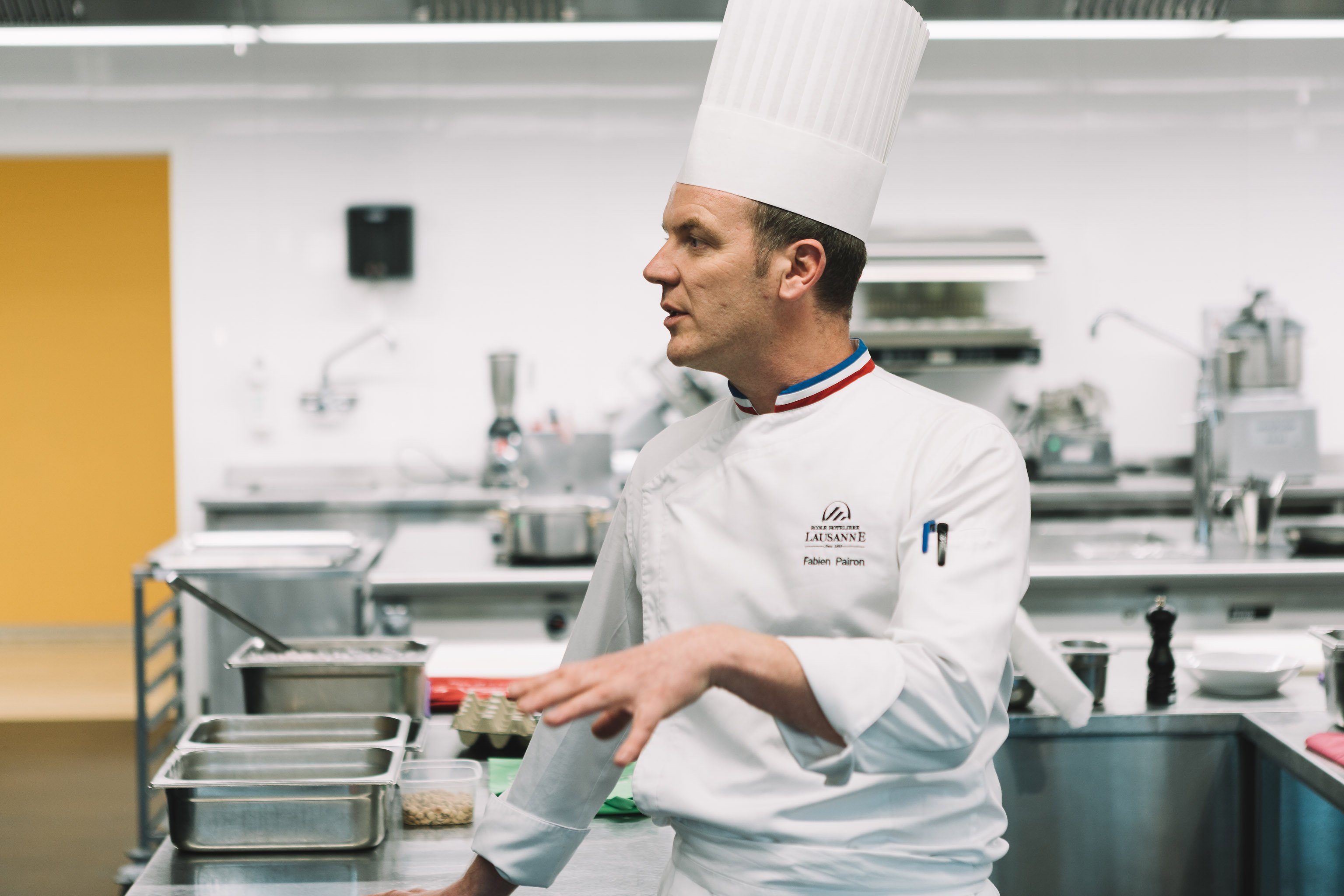 Hailing from northern Burgundy and the son of a pork butcher, Fabien Pairon has worked in the field of gastronomy from the age of 15, initially following a training course to become a chef. Calling on a wealth of professional experience in France and abroad, Fabien Pairon has worked in different positions, primarily in companies within the gastronomy scene but also in restaurants and for international caterers.

As head of his own catering and receptions company based in his native region for five years, he also spent eight years teaching in a hotel management school having obtained his certification from the Ministry of National Education. A member of the prestigious circle of Meilleurs Ouvriers de France since 2011, he has added a new string to his bow by sharing his knowledge and know-how as a professor at Ecole hôtelière de Lausanne. 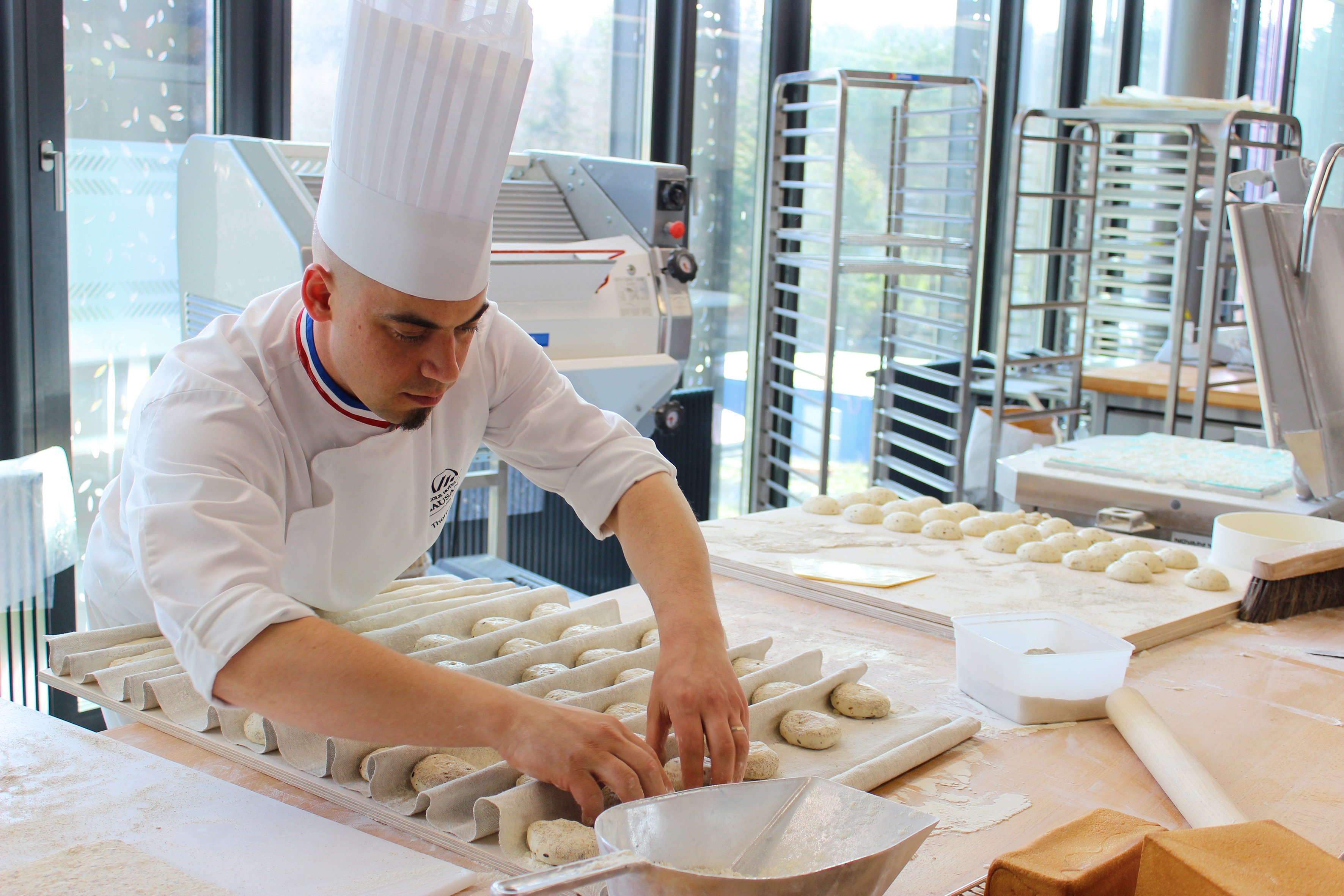 Born in the Franche-Comté region and having discovered dough at an early age, Thomas Marie always dreamed of becoming a baker. After obtaining his baccalaureate, he enrolled in a work-based bakery training course at the CFA BFP in Rouen managed by the Institut National de la Boulangerie Pâtisserie. Some years later, he won the French Bakery Cup in the bread category and represented France in the European Bakery Cup for two consecutive years, winning the title of Vice-Champion of Europe in teams.

As soon as he reached the legal age to enroll in the Meilleur Ouvrier de France competitive examination, he submitted his application. During two long years of preparation, he perfected his recipes and developed innovative products in an attempt to stand out from the crowd. In 2007, Thomas became one of the Meilleurs Ouvriers de France.

He joined EHL as a Senior Professor in Practical Arts in 2013. 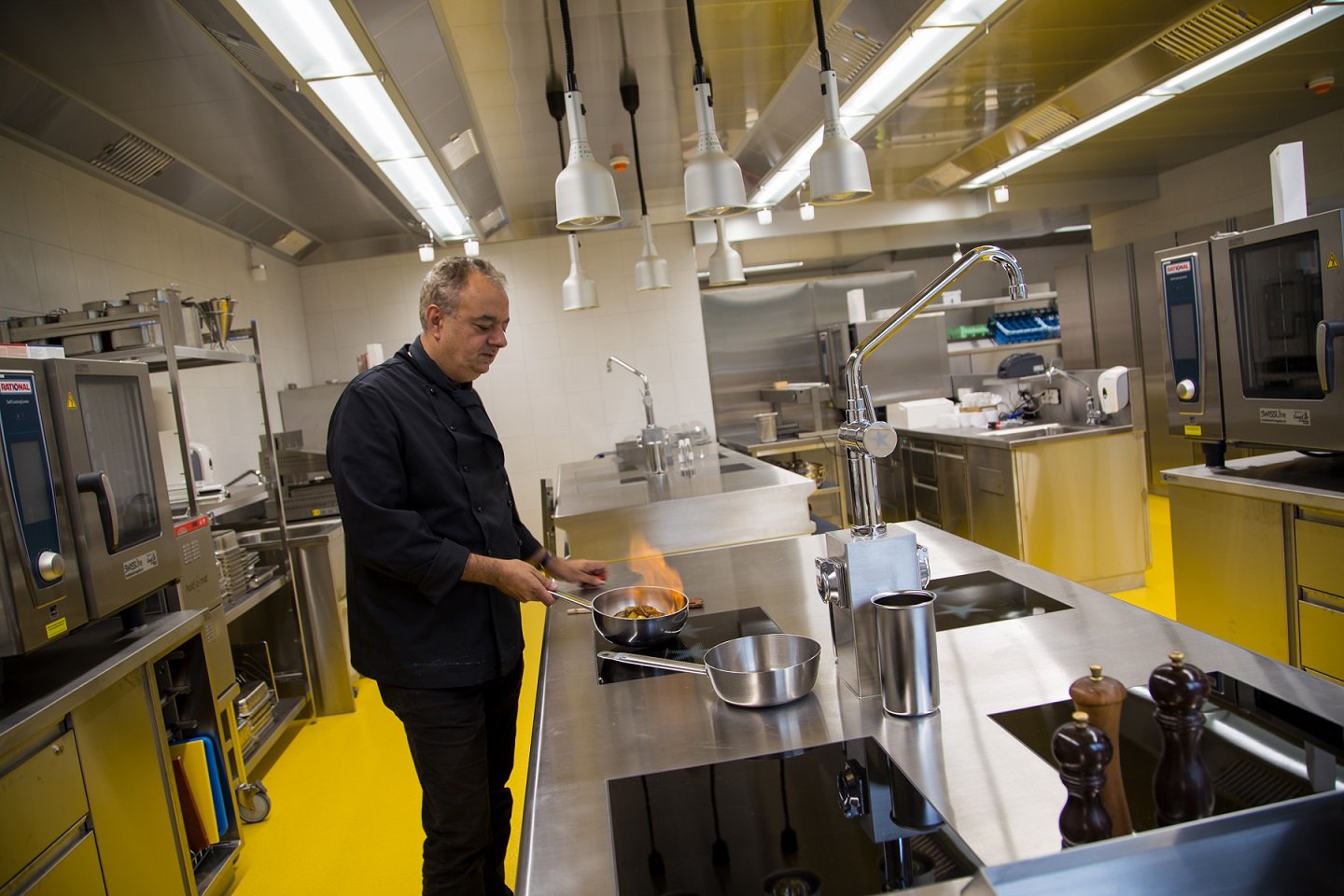 Executive Chef & Head of the Major in "Culinary Arts"

Gion Fetz spent eight years in Thailand as a chef, including at The Rembrandt in Bangkok and Paradise Beach Resort in Koh Samui.

He then returned to Switzerland to manage the top cuisine at Dolder Waldhaus and Dolder Grand in Zurich.

Since 2014, he has been contributing his experience as a trainer to the position of Executive Chef at EHL Passugg. 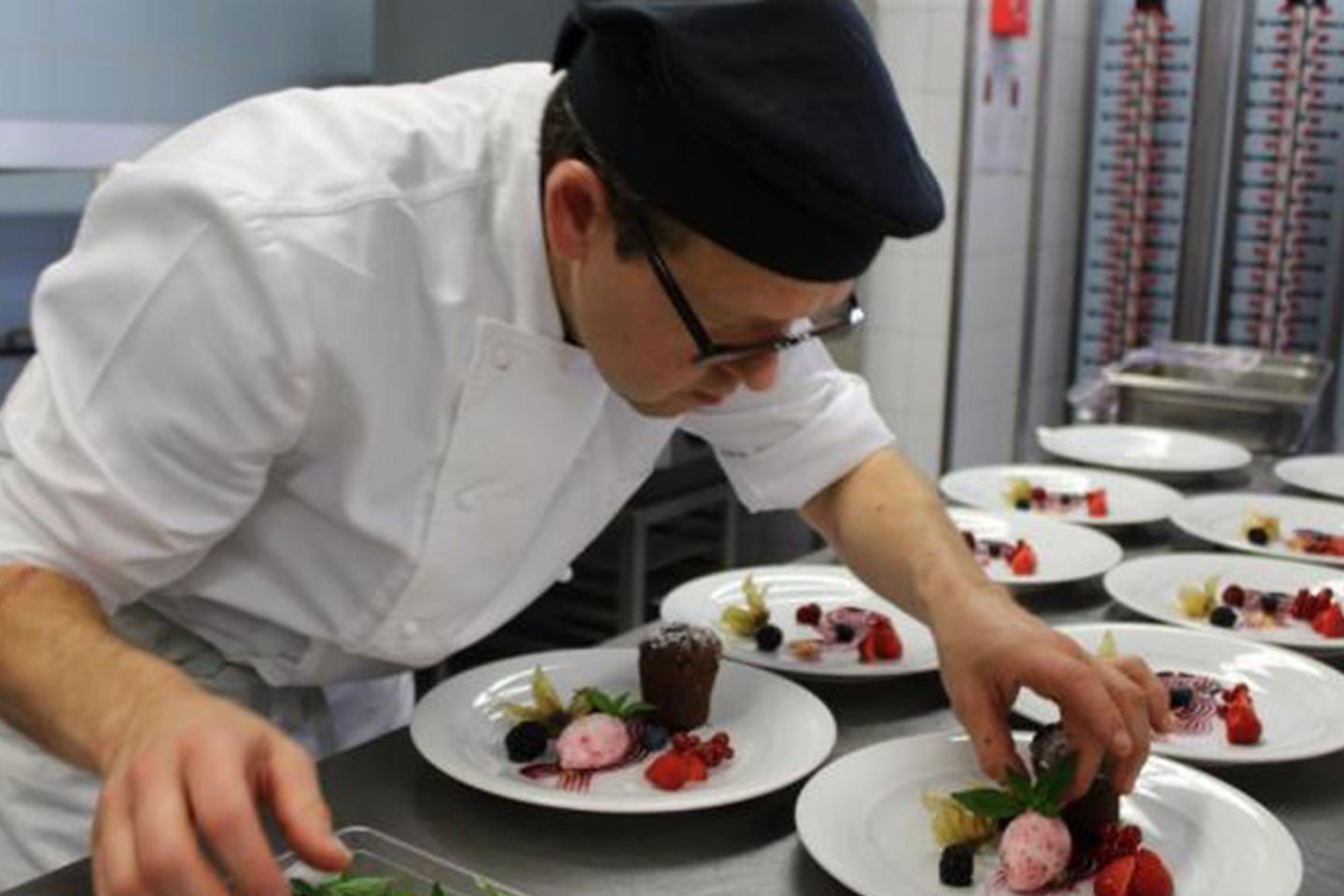 Lars Hellenbrand has been working as a patissier in the top gastronomy and hotel business for over 18 years.

His professional vita has taken him to renowned international 5-star hotels such as the Steigenberger Frankfurter Hof, the "Hyatt Regency" in Kiev and the "The Dolder Grand" in Zurich, which he headed as Chef Pâtissier for more than 7 years.

Since 2015 he has been working at EHL Passugg as a production manager and Culinary Art teacher in the field of patisserie.